This impressive Chenin Blanc is understated and classical with a fine linear textural focus that builds in the mouth to reveal layers of pineapple pastille fruits, yellow orchard fruits, morning dew on fresh bales of hay, crunchy green apples and a complex stony granitic minerality on the finish. A truly versatile wine for all cuisines and all occasions, you can drink this baby Chenin on release or cellar for another 3 to 5+ years for added complexity. Wine Safari Score: 92/100 Greg Sherwood MW

The 2018 harvest had numerous challenges and resulted in one of the smallest crops in more than a decade. This was because of the prolonged drought – the worst in over 100 years – accompanied by water restrictions and frost damage early on in the season. This also meant that winter arrived later but at least it was cold enough to break through the dormancy. The fluctuation of temperature was also noticeable from day to night, which also impacted the wine making. The harvest happened mid to end April instead of end March/beginning April, leaving us winemakers in anticipation for a further 14 days or so.

The dry weather had some advantages as vines were healthier, with little or no pests and diseases. The berries started to bud much later and were much smaller than usual which affected the end result of total tonnage of harvested grapes. This lead to smaller, more refined, more concentrated wine making and intense flavours. We also noticed the uneven flowering and berry set was common due to the windy conditions, cold periods and precipitation in most of the areas. After slow shoot growth initially, vines picked up the pace as temperatures rose towards the end of November. Although December and January were hot, with temperatures reaching 35°C, none of the usual heat waves were present.

The rest of the growing season and harvest were notably cooler than normal. By the end of February the nights became cooler, which was beneficial for colour and flavour formation in the cultivars that ripen later in the season. Vineyards were overall healthier, berries were overall more concentrated and the wines made from this vintage more intense and unique due to the drought and poor weather conditions. This was a vintage that won’t soon be forgotten. Total crop size: 2018 was 15% lower than in 2017.

The Chenin Blanc comes from a specific terroir in Swartland. It was naturally fermented in a concrete egg with no additions made to the wine. It was left in the egg for 8 months, and true to this vessel, it showcases the natural fermentation style that reflects the beauty of this varietal. We were delighted by the natural freshness it offered, and by leaving it on lease that bit longer it gave additional depth and complexity to a wine that is characterised by its precision. 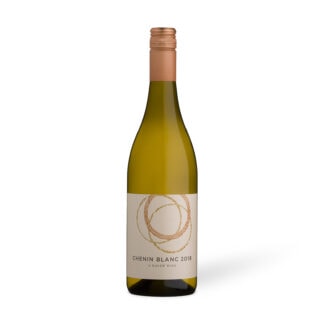