This wine from young bush vines was produced in a natural, hands-off style and fermented in old French oak using 80% whole bunches. The bouquet reveals a complex perfume of violets, marzipan and red cherry with a sleek medium bodied palate, brimming with bramble berry, “fraises des bois” and Chinese Spice on the finish. A classic expression of this variety.

CLIMATE / SEASON
This is an exceptional vintage and one to watch. The harvest was slightly higher (approx. 1.4% larger) than 2016 following a dry season.

WINEMAKING & VINIFICATION
‘I specifically wanted to make a lighter style Grenache, which takes some doing in our climate. These grapes are from a young vineyard in Wellington. It’s a hot growing area which means the varietal ripens quicker and needs to be picked earlier to give a lighter wine with cherry berry fruit flavours. After picking the grapes they were put into a cold container below 10 degrees. The following day we began 80% whole bunch natural fermentation. This was used for about two weeks with soft pump overs to ensure we didn’t over extract and kept the classic flavour. After pressing it went into old oak French barrels. I love the lighter style of Grenache and believe it to be the perfect summer drinking red.’ – Ian Naudé 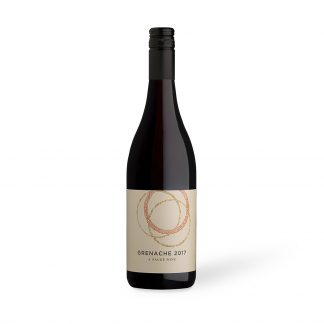