Pale straw. Floral Chablis nose! Racy and vibrant with a tad more fruit than some of its neighbours. Pretty tart on the end. Wait! 16+ Jancis Robinson MW

A particularly bright, tight and pure chardonnay with marked elegance. Clean and lifted primary fruit character and citrus blossom introduce a long, gentle palate, very expressive but also deliciously classical and restrained. This is a graceful and age-worthy wine with an almost crystalline purity. Berene Sauls

Tesselaarsdal was founded in 2015 by long-standing Hamilton Russell vineyards employee, Berene Sauls. This wine is named after the historic Overberg farming hamlet of Tesselaarsdal, not far from the Hemel-en-Aarde ridge wine appellation, in which Berene was born. She is a descendant of the freed slaves who were bequeathed the land by former East India company settler, Johannes Tesselaar in 1810.

The fruit for this wine was grown in Hemel-en-Aarde ridge, from un-irrigated vines and its elevated, stony, clay and iron-rich soils.  The harvest season had many challenges that tested even the most skilled viticulturist and winemakers alike. Early leaf fall in 2018 after three years of drought left less reserves for vines to mature grapes. Fluctuating weather conditions in July, August and November had a big impact on early varietals such as Chardonnay and Pinot Noir. However, the quality of fruit was excellent. Picking was earlier.

Spring was characterised by big weather fluctuations, which resulted in less, looser and uneven bunches, as well as smaller berries. Vineyards were off to a slow start and growth was erratic due to variations between warm and cold days, as well as cold soil temperatures. A heat wave at the end of October was followed by cold, windy conditions during the flowering and set phase of many vineyards. This led to unevenness in bunches and berries between vines in the same block and even on the same grapevine. Temperatures were moderate in December and January, followed by an initial hot February, as expected. So – 2019 was an excellent vintage delivering healthy grapes. 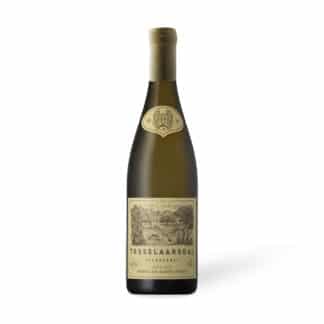